More on this topic

Go directly to your bonus listing:

When it comes to club rugby union in Europe the one competition that every team wants to win is the Heineken Cup. Previously known as the European Champions Cup, the current holders are Irish side Leinster. A total of twenty teams fight it out for the Heineken Cup, with nineteen teams qualifying due to their league position.

Six teams qualify from the English Premiership, six from the French Top 14 and the remaining seven sides qualify from the Pro14 (Ireland, Scotland, Wales, Italy). The final spot is allocated via a series of play-off matches. The 2020/19 renewal starts in October and Leinster are a short price at odds of 9/4 with Betfred to retain their crown.

However, the likes of Saracens (7/2 Betway), Montpellier (8/1 Ladbrokes) and Munster (14/1 William Hill) all look like viable challengers. This looks like it could be one of the most exciting Heineken Cups ever, and you can find out the latest Champions Cup odds below.

The second tier rugby union club tournament in Europe is the European Rugby Challenge Cup. Just like for the Champions Cup, a total of 20 teams qualify each season, with 18 teams automatically qualifying from the Premiership, Top 14 and Pro 14. The remaining two slots are determined by a playoff, which is currently known as the European Rugby Continental Shield. Cardiff Blues beat Gloucester in a thrilling final last season, and French side La Rochelle are the favourites this year at odds of 4/1 with Betfred.

This is England’s elite rugby union club competition and it is a fiercely contested league. A total of 12 teams battle it out for the title each year and Saracens won it for the fourth time in 2020. Leicester Tigers are by far the most successful side with ten titles, but Saracens are hot favourites to retain their title with Paddy Power at just 13/8. The likes of the Exeter Chiefs (5/2 Boylesports) and Wasps (7/1 Coral) won’t let Saracens have it all their own way though. We think this year’s English Premiership is shaping up to be one of the best renewals ever!

For Irish, Scottish, Welsh Italian, and from this season onwards two South African rugby union clubs, the Guinness Pro 14 is the top tier league. As the name suggests, 14 teams fight it out for glory each season with sides split into two conferences. The South African teams cannot qualify for the Heineken Champions Cup, but the top three eligible teams from both divisions do. The next best eligible teams from both divisions play off for the final spot. Leinster beat Scarlets to the Pro 14 title in 2017/18 and they are a best price of 6/4 with Ladbrokes to repeat the trick in 2020/19.

France’s premier club rugby union competition is the Top 14 and some of the best players from around the world play in this league. Physicality is at the forefront of the Top 14 and it is the home to some of the biggest hitters you will see in Rugby. The French national side may be struggling right now, but French teams have a decent record in the Champions Cup. Castres Olympique beat Montpellier to the Top 14 title in 2020, but they are as big as 12/1 with Betfair to retain their crown. Racing-Metro 92 are the favourites at odds of 3/1 with Bet365 and they could take all the beating.

Held every four years, the Rugby World Cup is the tournament that every young rugby player dreams about winning. This is the pinnacle of the sport at International level and in 2019 Japan will be hosting the tournament for the first time. The trophy that the twenty teams will battle it out for is the Webb Ellis Cup and the All Blacks will be going all out to win it for the third time in a row. They are the hot favourites at odds of 6/5 with Betway.

Ireland have made a big impact in the last couple of years under Joe Schmidt and they are next best in the betting with Unibet at odds of 5/1. England can be backed at odds of 7/1 with William Hill, but Eddie Jones’ men will have to improve massively on their recent form to figure. The likes of Wales, Australia and South Africa will fancy their chances too, and the 2019 Rugby World Cup should make for captivating viewing.

One of the oldest rugby union competitions in the world, the 6 Nations was first held as the Home Nations Tournament back in 1883. Ireland, England, Scotland and Wales were the four teams back then, but these days both France and Italy are involved. England are the most successful nation with 28 titles, but Wales are hot on their heels with 26.

Ireland completed the Grand Slam in 2020, beating all 5 teams to take the 6 Nations title. Unsurprisingly, the Irish are warm favourites to win it again in 2019 at odds of 5/4 with Paddy Power. England are next best at 13/5 with Boylesports, though Wales cannot be discounted either at 7/1 with Ladbrokes. Scotland are fancied by many to take a big step forward too, and below you can find the best 6 Nations Odds for 2019.

While the 6 Nations may be the Northern Hemisphere’s primary international tournament, in the Southern Hemisphere, it is all about The Rugby Championship. Four heavyweights of the rugby union world fight it out every year for the right to be the best rugby team south of the equator. New Zealand, Australia, South Africa and Argentina compete in The Rugby Championship and The All Blacks are nearly always the team to beat. They are the defending champions and it is difficult to see anyone dethroning them this time around after a strong start. They are near unbackable at odds of 1/25 with Ladbrokes.

One of the most popular betting markets for rugby union is the first try-scorer market. Sometimes you can get very tasty odds for first try-scorer bets, but with Betfred’s Double Delight/Hat Trick Heaven promotion you could win even bigger. If your winning first try scorer goes on to score another try, Betfred will double the odds and your winnings. If your selection manages to grab a third you will be in Hat Trick Heaven as Betfred will triple the original odds. So, if you love placing first try scorer wagers, Betfred should be your destination every time!

There is nothing as frustrating as a draw in rugby union (or league), especially if you have backed either side to win. If it is a knockout tie the match might head into extra time, and if it does you still have a chance to win if you have placed your wager with Bet365. With Bet365s Extra Time Extra Chance promotion your pre-match bet will be settled on the final result at the end of extra time, even if it goes to a kicking competition or sudden death. Please check the Bet365 site for the full terms and conditions of this brilliant promotion.

Irish based bookmaker Boylesports are well known for running cool rugby promotions and if you like placing accas, this offer is worth checking out. First of all, existing customers must opt in to avail of this offer. Once you opt in, simply place a minimum £5 acca with 5 legs or more on rugby union or any other sport. If one leg lets you down, Boylesports will refund your losing stake as a free bet up to a maximum of £20. Minimum odds per leg of 1/2 and other terms and conditions apply, check the Boylesports desktop or mobile site for full details.

Where can I find the best rugby union betting odds?
When it comes to betting on rugby union there are a huge amount of markets to choose from. We always emphasise the importance of locating the best price and odds can vary from bookie to bookie. Some betting sites are better than others for certain wager types, but for outright rugby union betting Bet365 consistently provide value odds. For rugby union match betting and accas, Boylesports and Paddy Power are two of the best bookies around.
What UK betting site has the best rugby union betting promotions?
As we already outlined above, Bet365, Boylesports and Betfred all have excellent rugby union betting promotions for existing customers. Bet365s Extra Time Extra Chance rugby special is unique, and BoyleSports Acca Insurance could save you the heartache of a bad beat if one leg lets you down on a rugby acca. For us, Betfred’s Double Delight/Hat Trick Heaven promotion is one of the best around. If you like placing first try scorer bets, you would be mad not to sign up with Betfred to maximise your chance of winning big!
Do any betting sites have live rugby union streaming?
These days a lot of UK bookmakers allow customers to stream some of the biggest sporting events on their desktop or mobile devices. Bet365, Coral and Ladbrokes have streaming available for horse racing, football, basketball and lots more sports. Unfortunately, we could not find any UK bookmaker with live streaming available for rugby union matches. However, while live streaming is not available for rugby union, you can still bet in-play on live rugby action with those three bookmakers. Lots of other UK betting sites have live betting on rugby union available too, so shop around to find the bookie that suits you best.

What should you know about Betting on Rugby Union? 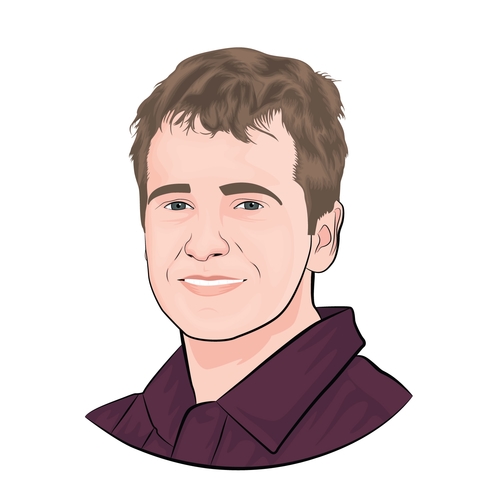 Jeff is our sports-obsessed writer and reviewer. A regular punter and lover of all things sports and sports betting, Jeff is our go-to guy for betting tips. He’s worked in the industry for years, and his insights are truly top-notch.

Start your Betting Journey with £10 for FREE
And Betting Tips every week in your inbox!
X

This website or its third-party tools use cookies, which are necessary to its functioning and required to achieve the purposes illustrated in the cookie policy. If you want to know more or withdraw your consent to all or some of the cookies, please refer to the cookie policy.
By closing this banner, scrolling this page, clicking a link or continuing to browse otherwise, you agree to the use of cookies.

Before you go, you should know that